What Does Florida Law Say About E-Bikes or Electric Bicycles? 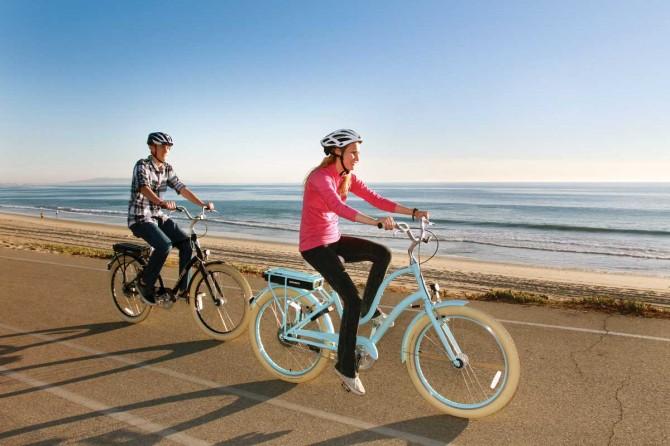 Beginning July 1, 2020, Florida will join more than 20 other states that have a dedicated law for electric bicycles, or e-bikes. The new law, signed by Gov. Ron DeSantis, also addresses some other much needed changes, such as legally classifying recumbent bicycles as bicycles.

E-bikes have been steadily growing in popularity, making up 10% of overall US bicycle sales from May 2017 to May 2018 . It is projected that 130 million e-bikes will be sold globally between 2020 and 2023. With this growing popularity, Florida's laws were behind not only the industry and popularity, but also many state and federal laws.

Prior to the passage of the new law, House Bill 971, e-bikes were included in the statutory definition of bicycle as a "motorized bicycle propelled by a combination of human power and an electric helper motor capable of propelling the vehicle at a speed of not more than 20 miles per hour on level ground upon which any person may ride" and were generally given the same rights and obligations as bicycles. This definition now prohibits entire categories of e-bikes that can operate faster than 20 miles per hour or that don't require pedaling to operate. While there is no statewide registration for bicycles, there was a $5 registration requirement for "motorized bicycles" even though it was included in the definition of bicycle. Also, children under the age of 16 were precluded from being able to ride a motorized bicycle.

The passage of HB 971 results in the creation and rewriting of statutes to address e-bikes. In removing "motorized bicycles" from the legal definition of bicycle in section 316.003(4), Florida Statutes, the Legislature created a new subsection (22) dealing with e-bikes. It also removed completely the prohibition of anyone under the age of 16 riding or operating a motorized bicycle or e-bike.

Adopting much of the 2002 federal definition, e-bikes are now defined as a "bicycle or tricycle equipped with fully operable pedals, a seat or saddle for the use of the rider, and an electric motor of less than 750 watts" which fit in to one of three classifications.

Class 1 and Class 3 e-bikes are typically known as pedal-assist since they do not include a throttle. This class was also prohibited under the old definition.

The new law then creates a new section in the statutes, section 316.20655, that is dedicated to e-bikes. This section provides that the newly defined e-bikes "shall be afforded all the rights and privileges, and be subject to all of the duties, of a bicycle or the operator of a bicycle," and is a vehicle to the same extent as a bicycle. E-bikes can also be operated anywhere a bicycle can be operated, including bike lanes, streets, sidewalks, and other multi-use paths. E-bikes are no longer required to be registered with the state, and riders do not need to take out auto insurance or be licensed with the state in any way.

The new section also states that e-bikes manufactured after January 1, 2021, shall have a permanent label that contains their classification number, top assisted speed, and motor wattage. That label cannot be tampered with unless the e-bike is modified, and the modification is noted on a new label.

The section also provides that the motor on the e-bike must be disengaged or cease to function when the rider stops pedaling or when the brakes are applied. My reading is that the former applies to Class 1 and 3 e-bikes and the latter applies to Class 2, but I can see there being issues and different interpretations down the road regarding that sentence.

The new law includes e-bikes in section 316.008, which allows counties and municipalities to pass ordinances to regulate their operation on sidewalks or sidewalk area. It also allows for local governments to pass ordinances that regulate the operation of e-bikes on streets, highways, and sidewalks within their jurisdiction. These same rules already apply to bicycles.

Drivers of motor vehicles are required to give at least 3 feet when passing a rider on an e-bike, as with bicyclist already per section 316.083. Riders of e-bikes are also included in the definition of 'vulnerable road users' under section 316.027, which deals with crashes involving death or personal injury.

Riders of e-bikes are still eligible for Personal Injury Protection (PIP) insurance benefits in the event they are injured in a crash with a car or other motor vehicle.

As e-bike technology has advanced, so to have the laws that address them. No longer are certain types of e-bikes prohibited in Florida because of the old definition, and the new classification system provides the state and municipalities, as well as e-bike retailers and rentals, clarity as the population of e-bike riders grows in Florida.